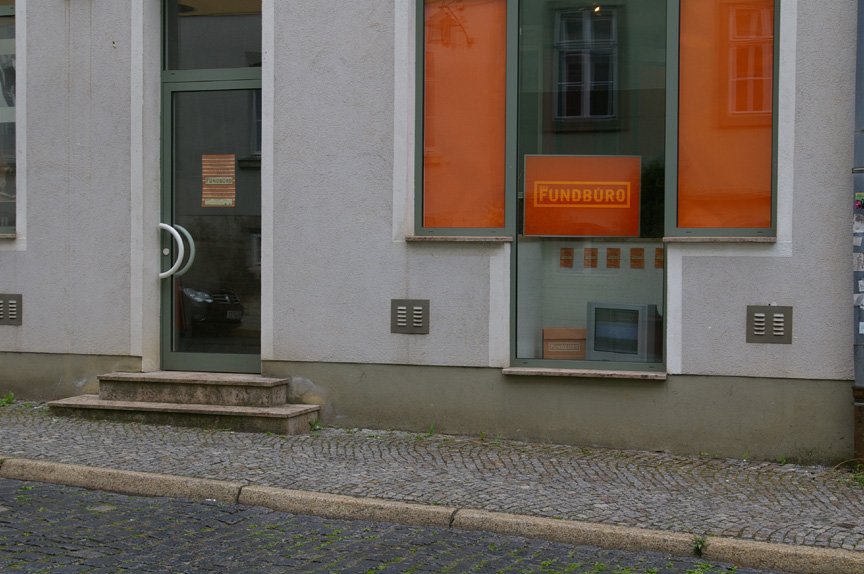 The second project under the name Das Fundbuero took place from March to August of 2009. It began with an on-the-street survey of Weimar residents to create a base of information on which later projects could build. Questions covered identity (as German, East German, former GDR citizen, FRG citizen), important dates in 1989-1990, and feelings about the future of former East Germany.

The survey results were discussed in a public meeting in April. From survey participants, meeting attendees and other contacts, a small work group formed.

The group met weekly in a storefront space for discussion and to work toward developing a project that would function as a dynamic archive of East German history.

In July, each member developed the theme for a public even that was presented with the support of other members. Activities were documented in a self-published newspaper.