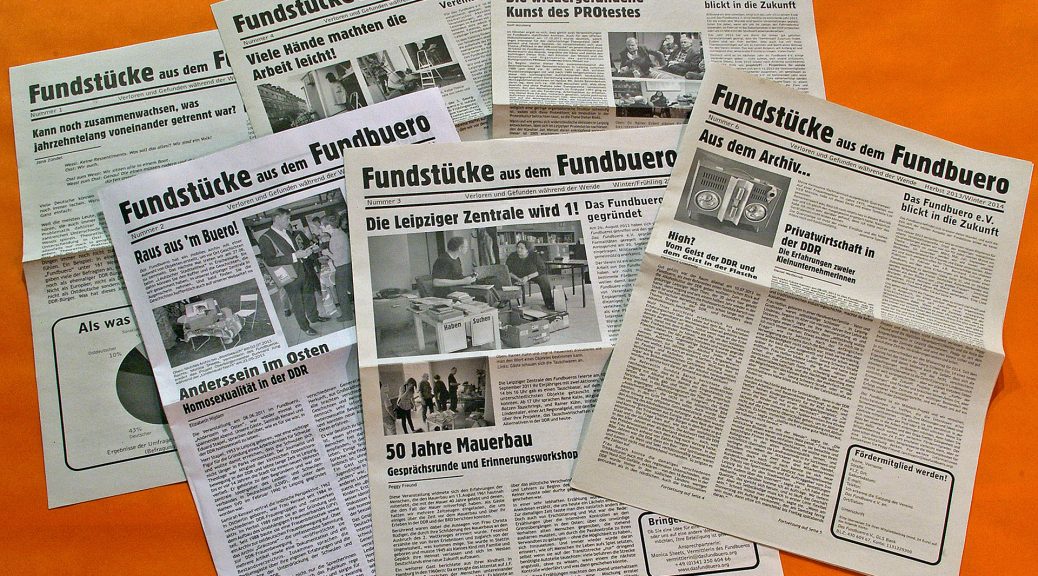 “Fundstücke aus dem Fundbuero”, Das Fundbuero‘s self-published newspaper, served to document activities and bring them to a wider audience than might be able to attend events. The first issue was published in 2009 to wrap up the work of the Weimar Arbeitsgruppe. During the Leipziger Zentrale, “Fundstücke” was published approximately twice a year.

Articles were written primarily by participants – either the person organizing the event or someone in attendance. The papers were available at local shops and libraries in Leipzig, and the publishing costs were supported by donations from other businesses and projects along Georg-Schwarz-Str.

Click on the links below  to view PDFs of each issue (in German).